Learn about the access level user can have in Versions

Written by Tania Bolongaro
Updated over a week ago

Versions-level access allows you to manage your team and the subscription in Sympli Versions. When you add any user to your account, these users will see all your projects on the dashboard. But they will have access (browse and push) to those projects, where they have git-level access. 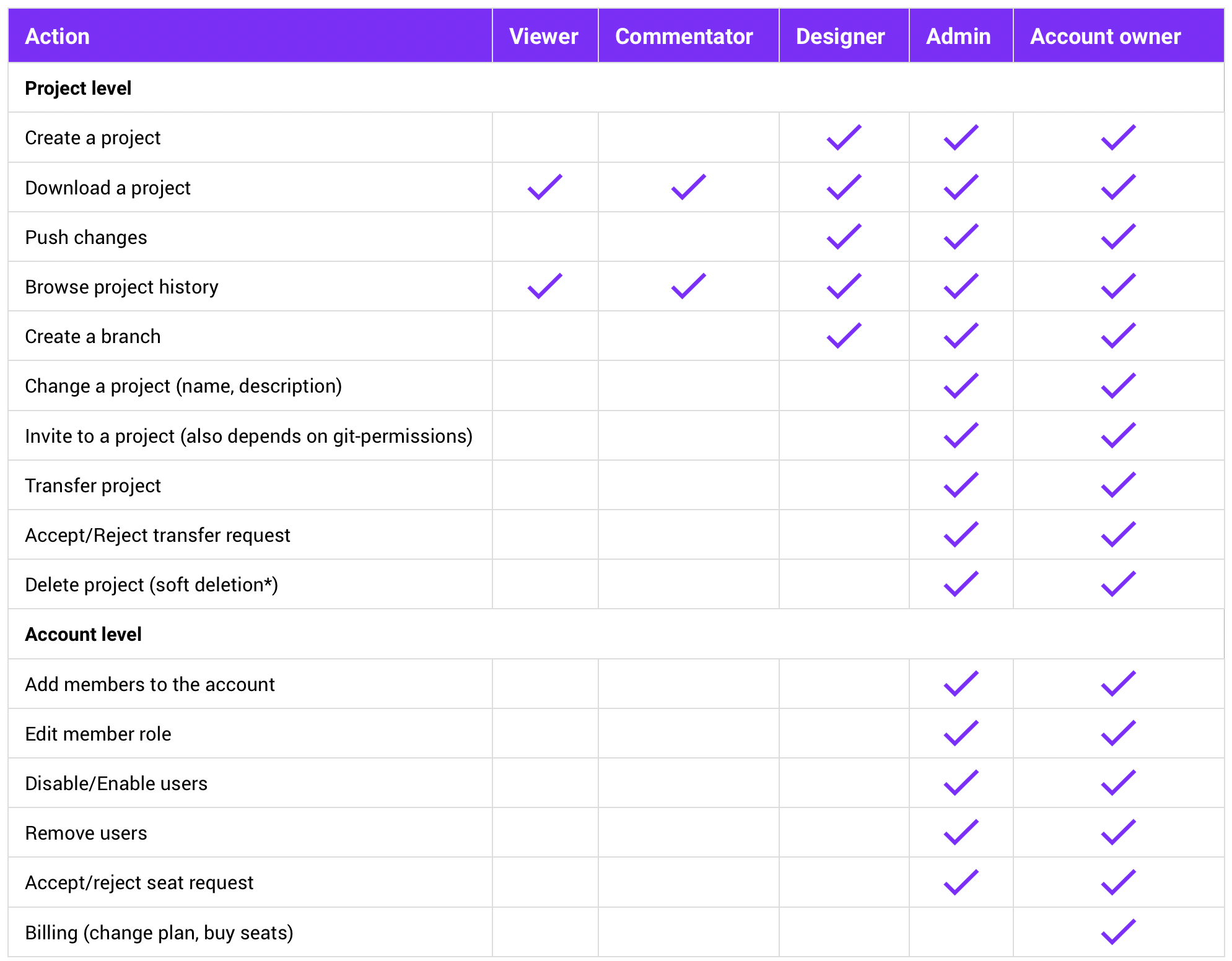 * After deleting your project the data will be accessible on the provider side, but won't be available in Sympli Versions.

Git-level access allows users to restrict uploading to the project.

The following table reflects the different user permission levels on the git-provider side (only our own provider Versions).

The availability of settings/access tabs on the project page depends on the Versions user's role first and then on git-level role.

Example 1: you're the git-owner of project A, but the Versions' owner is someone else. You have a Designer role in that account (it's Versions role). It means that you cannot invite other members to this project or delete the project.

Example 2: Versions-admin has a Reporter role (role in git-provider) in project A. it means they can delete it, but they can't upload anything using the Versions app.

All Sympli Versions permissions are available with "Startup" plan.